RSS
← #Festive Book Review: How to Stuff up Christmas, by Rosie Blake.
Book Review: Mixing It Up, by Tracie Bannister. →

During the run up to Christmas last year, I participated in a Secret Santa that was organised by Emma (@emthebookworm) and Kelly (@kellyspillane). If you search the hashtag #BaublesandBooks on twitter you will see much chat. My match was the very generous Sharon (@SharonSAtkinson). Sharon bought me this brilliant book, amongst quite a few others. I had read the blurb on this book, and being about an online serial killer, it really piqued my interest. It was as I had hoped an excellent griping read. So, thank you to Sharon, Emma and Kelly.

The ‘Hashtag Murderer’ posts chilling cryptic clues online, pointing to their next target. Taunting the police. Enthralling the press. Capturing the public’s imagination.

But this is no virtual threat.

As the number of his followers rises, so does the body count.

Eight years ago two young girls did something unforgivable. Now ambitious police officer Nasreen and investigative journalist Freddie are thrown together again in a desperate struggle to catch this cunning, fame-crazed killer. But can they stay one step ahead of him? And can they escape their own past? 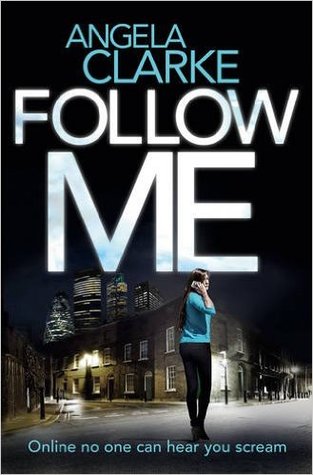 This book is brilliant. We follow Freddie, a waitress come investigative journalist. As Freddie is waiting for the big story to make her mark, she stumbles upon just the way she thinks to make her name in the papers! And it does just that, though perhaps not the way she expected!

Freddie accidentally meets up with her old school friend Naz who is working in the police force, and between the two of them and the other police, they have a race against time to find the social media online serial killer who has cleverly named himself @apolloyon aka #murderer. Some of this reading is scary stuff. The Author has really put her knowledge of social media in this book, and it is scary to see how much people can find out or giveway about themselves, without knowing. But also how anonymous you can be, if you know the right tools, as @apolloyon did. This book is so current, and will really appeal to all readers who have an interest in social media and who love crime thrillers. (This is me – absolutely the target audience here!).

The characters are great in this book, really well developed and I liked that you could see how the plot had changed both Freddie and Naz by the end of the book. Freddie is a complex character and I can see how Naz is confused as how to feel about her, Freddie is impulsive, gutsy yet also has a big heart. Freddie is a whizz at social media, despite tripping herself up at times as she adds her location to Facebook!! It did baffle me a bit that the police force seemed so inadequate in their knowledge of social media, but I guess that why they have IT specialists.

At the beginning of each chapter, the killers followers and following are shown, this was a really nice touch and made the book so ‘now’. As the followers go up, so do the murders, so this book really was a page turner.

As the killer is revealed towards the end of the book, I thought back over the pages and could see how cleverly wound this tale was. I had an idea, but that is only because I tend to suspect everyone! Angela Clarke is a very talented writer and I may just have found myself a new favourite Author.

If you love social media and crime thrillers, this book is for you. Even if you are not into social media, then this book will give you a much better understanding of it, and probably keep you away from Twitter and Facebook too. Angela Clarke has written a very clever book, and I can’t wait to read her next book.

Posted by chocolatepages on January 28, 2017 in Books

← #Festive Book Review: How to Stuff up Christmas, by Rosie Blake.
Book Review: Mixing It Up, by Tracie Bannister. →

8 responses to “Book Review: Follow Me, by Angela Clarke.”