Crime thrillers are my book of choice at the moment. Even better if they are based in places I know. So when independent Author Sean-Paul Thomas contacted me with his new book ‘Cold Heart’, which is based in Glasgow, I was very happy to be given the opportunity to read it and offer my thoughts and recommendations on it to other readers.

From the author of ‘My Sister and I’ and ‘The Old Man and The Princess’ (Best selling kindle book and recently optioned to be a major motion picture) – comes a new action-packed Scottish crime thriller that will knock you off your feet.

A ruthless killer goes AWOL from her mysterious terrorist organization and returns undercover to her old neighborhood in Glasgow where she hasn’t been seen since she was a young delinquent teenager to investigate the mysterious death of her estranged little sister. 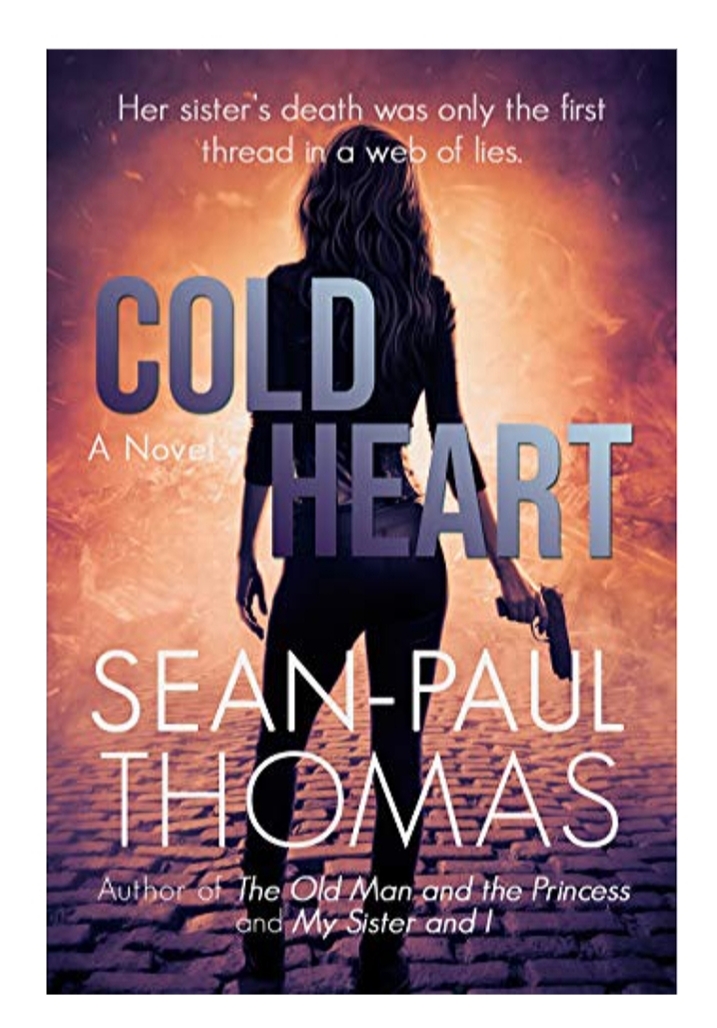 Cold Heart starts off by diving full force into the Cold Heartedness of the main character Estellle. Estelle works for a secret organisation who ask her to do bad things. Another reviewer has mentioned similarities between Estelle and Villanelle ( Killing Eve). Both Villanelle and Estelle could be seen as killing machines. Although Estelle doesn’t have the same taste for high end clothes and belongings as Villanelle, she does have the same coldness when it comes to killing.

The plot follows Estelle as she tries to find out who killed her sister and why. This brings us to Glasgow where Estelle and her sister were brought up. I really enjoyed this part of the book as I was taken down streets I know and descriptions I could really relate to.

“It rained almost three hundred and sixty days of the year there in Europe’s wettest city”.

The plot included lots of violence, but as the title suggests Estelle is Cold of Heart and she does what she thinks is necessary without a thought.

At the beginning of the book, Estelle is a very unlikable character, but very cleverly the Author takes us back to her past and shows us parts of her that show a vulnerable side to her. Everyone has a weak spot and the job of the evil is to find that weak spot. Although I can’t excuse Estelle for what she does or even understand how she could do the things she does, the Author does make her become slightly likeable as the book goes on. To root for the bad guy takes some skill! As I think back, I know I shouldn’t have rooted for her, but I became so wrapped up in her plight that I did! Well done to Sean-Paul Thomas for this!

The book is so up to date, there is even a mention of corona virus and Brexit. It’s the little details in books that make all the difference. Not everything has to be so involved in the plot, the surroundings need to be key too. But not so much that it distracts from the plot and characters. The author did this perfectly.

If you like fast paced Scottish thrillers, then this is the book for you. The detail was there for the location, the characters and the plot. Very very good! Highly recommended.

Posted by chocolatepages on July 27, 2020 in Books