Book Review: Where the Dead Fall by M J Lee.

I was sent an advanced copy of Where the Dead Fall by M J Lee. With thanks to Author M J Lee and publishers Canelo . This is book 2 in the detective Ridpath series, but it did not matter at all that I had not read book 1. Crime thrillers are my thing, so I was looking forward to getting stuck in to this book.

One chance encounter, one street side murder, will change everything… The extraordinary new Ridpath crime thriller
Manchester has been at peace for twenty years. Not any more.

DI Ridpath is in the process of getting his life back together when everything goes wrong.

Driving to meet his daughter, he his caught in a horrific motorway accident, in which a near-naked man is rundown by a lorry, while fleeing from a lone gunman. As Ridpath closes Manchester’s road network in search of the assailant, one question remains: why did nobody else see him?

Ridpath’s investigations, which at first seem to follow protocol, soon unearth a number of inconsistencies, which pulls the police force itself into question, and hint at something sinister to come…

For Manchester is on the brink of a fresh surge of violence unlike anything it has seen in decades. As Ridpath battles this unprecedented conflict, he must battle his own demons. One thing is for sure. There will be blood on the streets…

The nail-biting sequel to Where the Truth Lies, M J Lee’s Where the Dead Fall is an absolute must read, perfect for fans of Mark Billingham, Faith Martin and Peter James

This is the second book in the DI Ridpath series. I haven’t read the first one and it didn’t matter. In this book, Ridpath is recovering after cancer treatment and so is on lighter duties and has been asked to work at the coroners office instead, much to his dismay. However, the determined detective that he is, can’t stay away from the Major Incident Team. Plus when he is the only witness to see a man with a gun, he is involved automatically.

This book is current and I love that it was based in Manchester and talked about daily conversational things, like the football league talk and Theresa May. Although I enjoy the murders, detective work and the twists and guessing work of thriller novels. In order to bring a book to life, in my opinion the characters need to seem real, and for me that includes life talk, like who will win the football game that the two detectives support. Of course, this also brings major hassles to DI Ridpath, as his decisions involve holding up a traffic jam for 3 hours prior to a major football match! This is also the time when he sees what no one else sees, and brings him slap bang into the middle of a murder….. the problem is, he is the only one that thinks its murder!

DI Ridpath is likeable and a very good detective, but also so infuriating to, as he puts his work before everything which includes his family and his own health. Of course that makes him a great detective but also one full of personal problems.

As the book is based in Manchester, it talks a lot about the gang wars that occured there in the past. The police are majorly concerned that these murders are going to re start what was dubbed as ‘Gunchester’. The detectives talk about finding out the Who, Where and Why of the murders in order to solve the case. I liked that we were totally involved in the way the police worked and attempted to solve and bring to justice the criminals. However what was interesting in the book was the politics and sometimes division between the different branches and levels of police. I think the Author M J Lee has done real and thorough research in order to make this book as realistic but obviously fictional as possible. A talented, clever and imaginative Author. I recommend Where the Dead Fall to all fans of crime thrillers, and especially those who prefer British crime books.

Posted by chocolatepages on August 17, 2019 in Books, Uncategorized

I have unashamedly made it very obvious here and on Twitter that Olly Jarvis is my all time favourite Author. This is a little weird as he had only published two books that I had read (before this recent one). But I was so engrossed and loved both previous books so much, I just wanted to keep raving and let everyone I could know that I loved his books and they should read them too. So, you can imagine that I was elated when I heard Olly had written another one. Unconvicted is just as good as his previous two books, and so far is my top book of the year! As were his previous 2 in 2015 and 2016! (You see how much of a fan I am!). 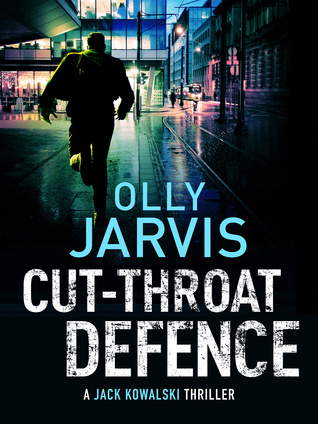 Now for Olly Jarvis’ most recent book Unconvicted which was published by Canelo on January 29th 2018.

In a razor-sharp legal thriller, Jack Kowalski must win two challenging trials to save his reputation and his career
Junior barrister Jack Kowalski is crushed. His client Timothy Smart appears to have committed a monstrous crime while on bail – a bail application Jack fought hard to win.

When a high-profile Polish footballer is charged with rape and demands a fellow countryman represent him, Jack must overcome his guilt and get back to work. Before long he takes on a second case, a GBH for instructing solicitor Lara Panassai, who Jack remains desperate to impress. But neither case is what it seems, and Jack will face an extraordinary uphill battle to see that justice is done.

Unconvicted is set in Manchester, England. I love legal thrillers, it is my favourite genre at the moment. So I love it when I find a legal thriller that is set in U.K. Although, I enjoy American based ones too, I like that I can relate to the areas and a bit of the legal talk. However, whatever your nationality, if you like legal thrillers, this is a must read. Young barrister Jack Kowalski is relatively new to his job and still has that anxiety at being in a courtroom. This is the second in the Jack Kowalski series, though its not essential to read the first before Unconvicted. Jack takes on high profile cases and along with solicitor Lara. ( a great relationship between these two), they must find justice. However, all is not as it seems.

Jarvis writes from his knowledge and experiences at working within criminal law, and this shines through in his writing. The legal talk is interesting, accurate and believable. We are drawn in to Jack’s world of how he can defend criminals, how he has to think outside the box and despite what he may or may not believe about his clients, give them the best and fairest defence within his ability. From reading this book, my eyes were opened to the challenges faced by defence attorneys. One of the quotes by Jack shows the difficulties and mind messers of being a criminal defence lawyer.

“You have to work on the basis that the unconvicted are always innocent unless proved otherwise. ” – This made the book so exciting and interesting. Are Jack’s clients innocent or guilty? Does it matter? Should it matter? And how does Jack work to defend his high profile clients, while also having to face the alledged victims of the crimes?

Jarvis knows human compassion, feelings and assumptions and this is so evident in his writing. He writes from knowledge, experience, imagination and a brilliant legal mind.

The pace of this book is set just right, not too fast but in no way slow. Olly Jarvis is always a writer to keep you turning the pages and wanting more. The short chapters meant that when I said to myself just one more chapter, I could get away with a few more than I intended, and a few late nights were because of this book.I can’t recommend this book, and Olly’s other books high enough. Unconvicted is my top book of the year so far…..and although its only April, I don’t see that changing……unless he writes another book?

Posted by chocolatepages on March 31, 2018 in Books