Thank you to Author Glen Ebisch for my copy of The Accident. When reading the blurb of this book, it sounded like the kind of murder mystery plot that I would enjoy. Also, the cover is beautiful and eery all at the same time….. Here are my thoughts.

Karen Walker is an ex-homicide detective slowly recovering from the trauma of an automobile accident in which she was injured and her husband was killed when a drunk driver struck the car she was operating. After a year of surgeries and attempts to come to terms with her feelings of guilt, she finds herself living the narrow life of a semi-recluse. Her seclusion comes to an end when an old friend from college, Clarissa Hammett, asks Karen to help in the search for her missing sister, Justine. Karen agrees, and she goes to live alone in the family’s summer home on the coast of southern Maine, which Justine was occupying at the time of her disappearance. Karen even goes one step further and takes on Justine’s job as hostess in a local restaurant, hoping to learn more about the missing woman’s life from her co-workers. Conversations with the sister’s estranged husband, her present boyfriend, and a mentally disturbed young girl on the beach, lead Karen to believe that Justine’s disappearance was not voluntary and that, if still alive, she may desperately need help. 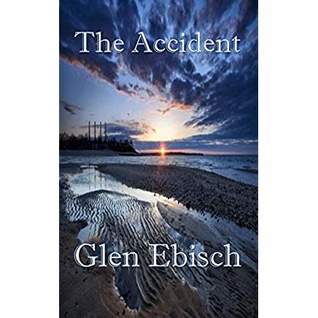 It was the blurb and the cover that led my interest in this book. When I read the book, I went back to examine the cover, (as I often do with good books), and I could see why the cover fitted the setting of the book so perfectly. The beach looks sparkly and beautiful in one light, but daunting and a little scary if you’re out there on your own at other times.

The story sets off with us meeting Karen Walker, an ex detective. She is mourning for the loss of her Husband, and has become a little recluse-like. So when an old friend of hers asks her to help find out what has happened to her missing sister, Karen agrees. I suppose due to her circumstances, grieving and an ex detective, she has the skills but also I can imagine she felt she had nothing to lose! Karen actually moves into the missing girls house, in attempt to find out as much as she can.

I found Karen a brave and independent woman. I guess she didn’t have much choice in the matter. I’m going to add in quite a long quote (for ChocolatePages) and you will see why I liked Karen so much.

“Every time we turn away from correcting an evil we encourage the existence of a worse world. I didn’t know whether that was a solid argument, but I didn’t approach the problem rationally. I was guided more by anger – a fury actually – at what had been taken from me.”

I really felt for the character and the Author when I read that, as I felt it was really spoken from the heart. The grief is a big part of the main character, and I liked how we saw her deal with this as the book went on, and as the pressures of the missing girl, the clues, the suspects and all the other goings on impacted Karen. But she still helped her friend to find out what had happened to her sister.

There were a few suspect characters that we met along the way, each with their own special attributes as to what they may or may not have done. I like a book that makes you think about the characters, their motives and their pasts. (and present of course). I didn’t guess what had happened until it was revealed, so the Author did a great job of adding in enough suspicious characters so that I could guess, but guess wrong. But when the reveal is made, it all makes sense and you can think back and say ‘ah, yes I see’ a lot of times!

I hadn’t heard of Glen Ebisch before, but I would totally recommend as an Author to watch out for now. The Accident is a mystery book that keeps you guessing until the end, has an amazing setting, a fierce main character, and a missing girl who we don’t know if she has been murdered, kidnapped or just left of her own accord. It is a book that will keep you hooked until the end.

Posted by chocolatepages on November 18, 2017 in Books

Cover Reveal: No Trouble at All, by Lisa Acerbo.

Today I have the pleasure of letting you see the spooky looking cover of a book due for release on Halloween night!! This is a new book by talented Author Lisa Acerbo, I’m very much looking forward to reading it. What a perfect read for Halloween.

No Trouble at All

It’s a bad day for Sophie Carter when she stumbles across a dead body in the woods. But when the suspected murderer turns out to be a leather-clad vagabond who died in 1889, her carefully controlled quiet life explodes. Not only is Sophie in the wrong place at the wrong time, as a local history buff who loves old legends, she knows too much about the past to remain uninvolved. Trouble is a killer and no one can escape.

Detective Jackson Lynch asks Sophie to help him decipher the legend of the Old Leather Man and unravel the mystery of the murdered woman. Going against her best judgement, Sophie joins forces with the distractingly sexy detective on the police investigation and in pursuit of a killer. Jackson is hot to solve the case as they follow the clues through Connecticut and New York State, uncovering both legend and fact.

As they move closer to solving the murder, a series of missteps cause Sophie to end up in Jackson’s arms and straight in the media. Trouble is everywhere. Jackson’s career begins to crumble and Sophie becomes a suspect in the heinous crime. The case unravels. The past and present collide. Sophie is swept into more danger than she could ever imagine when the Old Leather Man comes looking for her hide to tan.

Here are the links if you want to pre order:

And also where you can more about the Author Lisa Acerbo.

Posted by chocolatepages on October 1, 2015 in Books