Clare Chase is one of those writers, that when she writes a new book, I know I’m going to love it, without even reading the blurb. So, when One Dark Lie came out, I wanted to grab a copy straight away. After getting my copy, (and reading the blurb), I was excited to see that it followed on from her previous book involving Ruby and Nate. I thought Ruby was a brilliantly inquisitive character in the last book ‘A Stranger’s House’, so was looking forward to seeing what she had gotten up to next.  (My review of ‘A Stranger’s House’ is HERE) 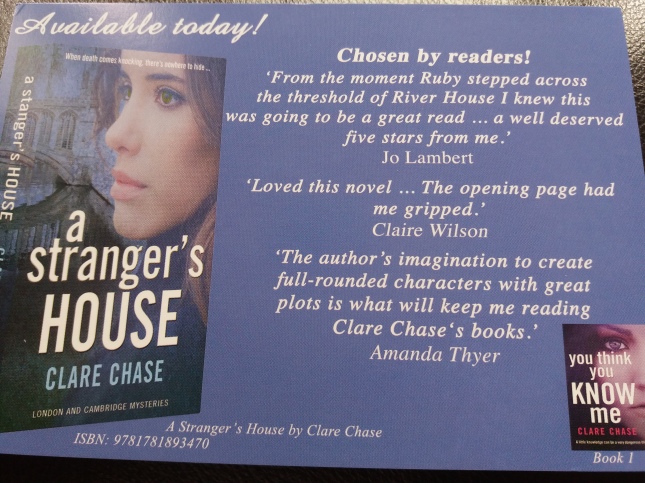 The truth can hurt, and sometimes it leads to murder …

After becoming embroiled in a murder investigation, Nate Bastable and Ruby Fawcett have decided to opt for the quiet life. But crime has a habit of following them around.
When her work dries up, Ruby finds herself accepting a job researching and writing about Diana Patrick-John, a colourful and enigmatic Cambridge academic. Simple enough. But then there’s the small fact that Diana was found dead in suspicious circumstances in her home – the very place where Ruby has now been invited to stay.
As she begins to uncover Diana’s secret life, Ruby’s sleuthing instinct kicks in, leaving her open to danger and retribution. But can she rely on Nate to support her? Especially when his behaviour has become increasingly distant and strange, almost as though he had something to hide 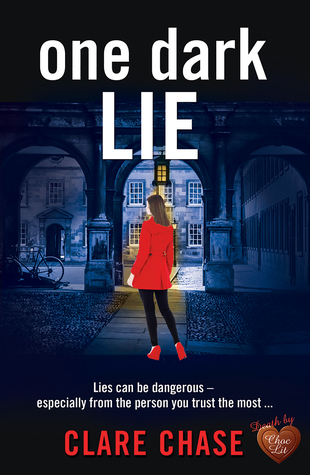 This book can be read as a standalone, although I recommend that you read A Stranger’s House first.

One Dark Lie tells the story of the very inquisitive Ruby Fawcett, who is an Author. Ruby is asked to write a biography of a recently murdered woman Diana Patrick-John. However Diana’s brother doesn’t want Ruby to concentrate on the demise of Diana, he wants her to write about her brilliance as an academia and what a success she was. He also wants her to stay in Diana’s room in his house! As you can imagine, Nate (Ruby’s boyfriend) is not so keen on this idea.

Ruby is a brilliantly rounded character that I could see has developed since the first book, and continues to develop throughout this book. The chapters alternate between Ruby and Nate. I liked this touch as we could understand how each of them felt, and see the story from both sides. (I liked and agreed with Ruby!, although I did think her rather crazy at times!

“OK, so I know you think I work to the Famous Five school of detection..”

Ruby is inquisitively wonderful, but I often felt her too impulsive at times. I think the Author gave a good impression of the characters’ journalistic instincts and hotheadedness to get the scoop and find out what is going on, just as Ruby was in the other books. Although this makes her love-able, it also made me want to yell, ‘Ruby, use your sensible head!’ She does, however come up with some very clever thoughts, and this is one I will keep in mind:

“Recognising something as precious shouldn’t be a cause for anxiety; not unless you know it’s under threat”.

Ruby pulls out all the stops to find out as much as she can about the work she wants to write about. This involves meeting other people which are small characters in the book, but add a lot to the overall impression we get of Ruby. She is great at giving advice, and shows us the strong independent woman that she is:

I had mentioned in my review of the Author’s previous book that Ruby’s best friend could be better and more supportive,  and this time she was much better and I grew to like Steph much more than I did before.

Cambridge, where the book is based, seems like a lovely place with a lot of hidden secrets and gems. as the Author has mentioned in one of her interviews, Cambridge is a great setting for a murder mystery. I would very much like to visit one day, and on that day, I would be thinking about Clare Chase and her stories.

One Dark Lie is not a hard dark murder, it is more of a steadily paced sleuthing mystery, it kept me gripped, but wont give you nightmares – unless you decide to stay in a house which has had a murder in it!

I totally recommend One Dark Lie, and will again be reaching for Clare Chase’s next book, again without needing to read the blurb. I just know it will be brilliant!

Posted by chocolatepages on June 3, 2017 in Books